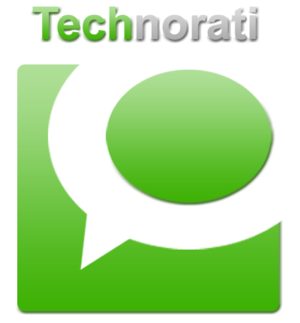 Forget the kids…Beethoven’s Wig: Sing Along Piano Classics is for anyone with a sense of humor, whether a lover of classical music or a victim who has been forced to listen to those dusty old tunes that won’t go away. Whichever you are probably depends on how you first experienced classical music and at what age. Do you remember the first time you heard classical music? You probably don’t—it was likely a little pastel stuffed animal with a wind-up key that played "Brahms Lullaby." A lamb, maybe? A baby blue dog? My earliest recollection of classical music comes from Warner Brothers—Daffy Duck, Bugs Bunny, and Elmer Fudd were often accompanied by a classical soundtrack. My favorite cartoons predisposed me to an appreciation of Beethoven, Strauss, Verdi, and the many others who comprise the classical library. …And then there was my father’sSpike Jones collection (remember those red 45’s from RCA?). In 1963, when Allan Sherman paired Ponchielli’s “Dance of the Hours” with the infamous lines “Hello Muddah, Hello Fadduh. Here I am at Camp Granada. Camp is very entertaining. And they say we’ll have some fun if it stops raining,” humor again introduced a generation of rock ‘n rollers to classical music (Sherman, like Spike Jones, also did a number on a number of popular numbers). I still listen to Spike Jones and Allan Sherman, but now I’ve got a new favorite—Richard Perlmutter, Beethoven’s wig-maker since 2002. Beethoven’s Wig: Sing Along Piano Classics is a collection of classics teamed with silly lyrics. While intended for children, it’s entertaining for adults as well. The first time I played the album, my adult daughter was in the car with me and the first cut, “La De Da Sonata” (Mozart’s “Sonata in C Major”) cracked us up. We were both unfamiliar with the Beethoven’s Wig series of CDs (there were four), much to our shame, and had no idea what to expect. The second song, “Poor Uncle Joe” (Chopin, “Funeral March”) had us laughing and singing along. There are 26 cuts on the CD, 13 with lyrics, followed by the same 13 played on piano sans humorous lyrics. I cannot remember how many times I’ve listened to Beethoven’s Wig: Sing Along Piano Classics since that afternoon in July when I previewed it with my daughter, but I know I’ve listened to it more than any other album I’ve played this year. The CD was released on September 27, 2011, and all songs are also available as digital downloads. Regular readers know that I seldom “highly recommend” titles because of the wide range of tastes represented by those who enjoy music, however, I highly recommend Beethoven’s Wig: Sing Along Piano Classics as a children’s intro to classical music, a fun CD for kids, and an amusing album for “adults” and other overgrown children. Now, excuse me while I try to order the other four volumes (I’ve already sampled and love them.