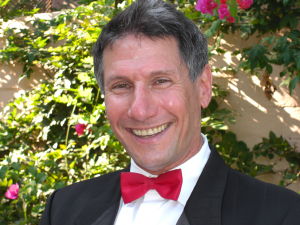 Richard Perlmutter is the creator, lyricist and featured performer of Beethoven's Wig, one of the most honored series of recordings in family music with over 50 awards, including 4 GRAMMY Award Nominations, 5 Parents Choice Awards, and 4 Notable Recording Designations by the American Library Association.

Perlmutter has also released two solo albums, Tin Pan Alley and Hot Diggity, and has produced recordings for other artists including an album by the GRAMMY Award winning group Nickel Creek, and one featuring GRAMMY Lifetime Achievement winners Ella Jenkins and Tom Paxton.

In addition, Richard has written commercials for radio and television which have won the International Broadcasting Award, New York Festivals Award, and been a Clio Award Finalist.

Perlmutter has performed nationwide and been featured on NPR and national television. Two collections of his songs, as well as choral editions, have been published by Alfred Music.